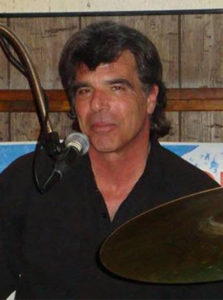 I started playing drums at six years old and quickly became talented enough to perform with local bands in and around the New Jersey area.  My very 1st band I was a member of, The Sound Barriers, consists of 5 members, 2 of which were my brothers.  I played with other numerous groups through the years.  As an adult, I traveled on the road performing with such stellar acts as The Drifters, The Coasters, The Crests, The Platters, The Shirelles and the Ink Spots.  I have made television appearances in New York, Texas and Arizona, also had the great opportunity to play with The Drifters in Las Vegas.

I joined The Silvertones in 1990 and have worked steadily ever since, also contributing with lead/background vocals, focusing on the music from the 1950’s, 1960’s and 1970’s.

In 2002, I founded and organized the group, The Jersey Shades.  My inspiration for playing drums was Buddy Rich, Gene Krupa and John Bonham.  I always loved the big band sound and the drummers in the bands.

Throughout the years I’ve had the pleasure of playing with some great musicians within The Jersey Shades.  I thank them all for being a part of the band and contributing with their individual talents.

I would like to make mention on a sad note our loss of one of the original members, bass player Mr. John Troianello (Jumpin Johnny), who was with the The Jersey Shades for many years.  We loved him dearly and miss him very much. 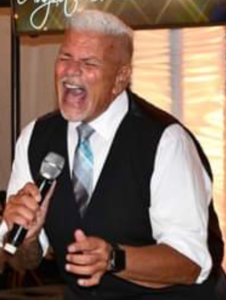 Started singing At the age of 16 while in HS. First band called “Freight” then moved on to “Second Hand People” where we made our first music Demo. Then moved on to “Southbound” where we played the Jersey Shore Circuit. My early career lasted 10 years, finished college, then got married, new job and children. In 2014 had an opportunity to get back in music and seized the day and joined Reunited, which was made up of band members of other bands that ReUnited. In 2018 I was fortunate to be given the opportunity to play with the Jersey Shades and my career of singing for 16 years has been memorialized with my sleeve tattoo. “I don’t sing to be Happy” “I’m happy because I sing”. 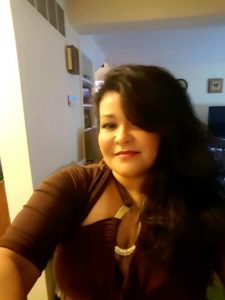 Angela grew up in Harlem just a few blocks away from the Apollo Theater.  The Jackson5, Temptations, Stevie Wonder, Ella Fitzgerald, Patti Labelle and Donna Summer were just a few of her influences growing up.  Angela played Alto Sax for 8 years in Junior High & High School.  During her college years some friends convinced her to try out for the gospel choir.  After hearing Angela’s audition, a senior asked Angela to join a 5 piece girl group called Essence; singing popular R & B hits by groups such as SWV, TLC & EnVogue.  The group broke up after 3 members graduated but Angela continued to sing, dance and play sax all throughout her college career.

Angela gave up performing to focus on her family and career, but one day a co-worker overheard Angela singing “A Song for You.”  She asked Angela to sing with her in several shows in Newark.  From there Angela went on to sing center court of the Continental Airlines Arena and midfield at the Giants Stadium.  She even sang on national television when she finally realized her life long dream of singing on Showtime at the Apollo.  She joined “The Jersey Shades” in February 2007 and lived happily ever after. 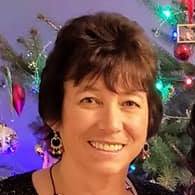 I began my professional career at the age of 15, cutting my teeth on the oldies, in a band from Bordentown, NJ called “Memory Lane”.  I have played over the decades with several bands, playing keyboard and singing lead and background vocals, from oldies groups (“Yesteryear” and “Remember When”) to bands that covered several decades (“First Class Act”, “Phaze” and “Fragile”).  I have also filled in with “Shore Soundz” on a number of occasions.  My repertoire ranges the gamut from standards and oldies all the way to current hits.

Chris has been writing and recording music since he got his first 4 Track recorder, that recorded on TAPES! Google it, kids. Chris mans the booth during rehearsals and recording sessions, and can be found hanging over an iPad during Jersey Shades live shows making sure the band sounds their best! He is proficient in all kinds of recording software, and has been known to play guitar from time to time. Stop by a show and say hi sometime! Just don’t mess with the equipment! 🙂 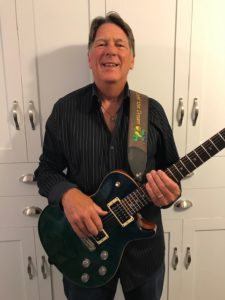 I started playing guitar at age 16 with help of a Great Aunt and my neighbor Tim Doherty. Tim and I formed the group “The Echoes” and we played several events including the local radio station WTTM’s “Battle of the Bands”. Also in high school I played with a group named the “The Remains”. In college, I played in a groups named “Free Verse” and “Applewood Smoke”, and we played in restaurants /bars in the Trenton & Philadelphia area. In the early 70’s I taught guitar lessons and in 1974 I joined the band “Phaze” (later named Phaze II and Phaze II Revue) and played in restaurant/ bars / private events in the central NJ area. When the band broke up in 1980, I joined corporate America and left the music scene until about 2010. I played occasionally in groups named “The Shore Tones”, “The Butanes”, “Rick & Kenny” and the “Vin/Jim Band” before reuniting with Phaze in 2013. The band broke up in 2015 when our lead singer retired and moved the Florida. In 2020 I had the great fortune of joining Jersey Shades.

My parole officer prohibits me from using my real name in public posts, so I’ve devised a clever alias.

Pat “the Hat” Logoss-Jones has been in love with bass since the day he hooked one fishing in Shields Brooke. (To date, still the best bass hook he’s ever accomplished.) He shoplifted his first 4-string guitar (not easy; you try it) at age 51 and soon thereafter joined the pit orchestra of the touring production of “Tiptoe: the Tiny Tim Musical.” After being fired from that gig, Pat vowed to one day learn how to play. In the meantime . . .